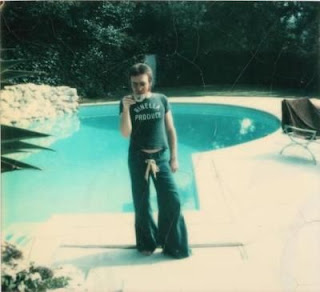 (This is how John looked when I met him, and he's standing by the pool at Lou Adler's house where we conducted the interview. I found this pic on the internet, and it was most probably taken by May Pang.)