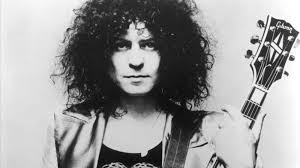 The news came through earlier today that two of my choices for induction into the Rock & Roll Hall of Fame for 2020 – Depeche Mode and T. Rex – are amongst the six chosen, although, confusingly, I was asked to pick just five from among the 16 nominees. As well as Dep Mode and T. Rex, I also voted for Todd Rundgren, Kraftwerk and Motörhead, so once again Todd and the German electronic maestros have been snubbed, of which more later. Motörhead, my final choice, were the most popular among readers of my blog. They hadn’t been nominated before so might get another chance to enter the Gilded Palace of Cleveland but with Lemmy now four years gone (and Fast Eddie, Phil Taylor and others also casualties), who’s left to pick up the award if they do?
The other 2020 inductees are The Doobie Brothers, Nine Inch Nails, The Notorious B.I.G., and Whitney Houston.
This will come as something of a disappointment to fans of the Dave Matthews Band, Pat Benatar, Soundgarden and Judas Priest who grabbed first, second, fourth and fifth places respectively in the fans’ vote, a fairly recent innovation that seems to have made little difference to the final selection. Although I didn’t vote for any of them, I can’t help but wonder what was the point of this exercise when the top two fans’ choices were rebuffed. For the record, in this poll the Doobies came third, Whitney sixth, Depeche Mode seventh, Nine Inch Nails eleventh, T. Rex twelfth and Notorious B.I.G. thirteenth.
The fans’ vote underlines the truism that, unlike most rock critics, the majority of American rock fans have rather conservative tastes. The bottom five in the fans’ poll were T. Rex, B.I.G., Rufus/Chaka Kahn, Kraftwerk and MC5, all of whom, although hardly alternative by most standards, were the most alternative among the choices on offer. And the top five were the least alternative.
I’m glad that Marc Bolan has finally found a resting place alongside many of his friends, although inducting T. Rex when Marc is so long gone (as are Steve Peregrin Took and Mickey Finn) is on the same level as Lemmy and Motörhead – see above. Nevertheless, I feel quite strongly that between 1971 and 1975 T. Rex were outgunned and outclassed by the criminally overlooked Slade when it came to making hit singles. I suppose Marc deserves his posthumous induction if for no other reason than it is now over 50 years since he released his first record and in his time he served rock’s cause honourably, which is why I voted for him. I wonder who’ll collect his award.
Of the other winners, The Doobie Brothers have been around a long time too, and on this count they were probably the favourites anyway. Nevertheless it is ignominious that, unless I’m mistaken, the infinitely superior Little Feat have never been nominated, let alone inducted. Anyone who happened to see both bands any time between 1973 and 1976 will know what I’m on about.
Re the rest, Trent Raznor seems like the kind of guy I would enjoy a drink with; Dep Mode, whom I voted for, made some ace records; I’m not a rap fan so can’t judge B.I.G., who died of shotgun wounds in 1997, on his work but it’s notable that he’s been inducted in his first year of eligibility; and Whitney probably got the nod for having so many hits even though she isn’t rock’n’roll in my book regardless of those top notes she could hit.
I’ve lost count how many times Kraftwerk have been nominated but not inducted. Their pioneering use of synthesiser and repetitive beats are the foundation for modern dance music and for them to have been snubbed again seems to reflect an ongoing anti-European bias that I’ve commented on before. They certainly deserve to be inducted, even if the way in which they conducted their career was the antithesis of the clichéd rock'n'roll lifestyle. There are bitter feelings amongst the members of the ‘classic’ KW but Ralf Hütter’s annexation of the group as his personal domain is no reason to disbar them.
I am far more surprised that Todd Rundgren hasn’t been inducted as he seems to fit the HoF’s requirements to a tee: a cult musician with some fabulous songs (inc. ‘Hello It’s Me’ & ‘I Saw The Light’) and two classic albums (Something/Anything & A Wizard, A True Star) in his CV, leader of two bands (The Nazz & Utopia), a record producer (Grand Funk & NY Dolls), innovative electronics pioneer and all-round DIY, slightly eccentric rock’n’roll talent. He’s even had an interesting personal life so what’s not to like about Todd?
The induction ceremony will take place at the Public Auditorium in Cleveland on May 2, later in the year than usual. This year, for the first time, HBO will broadcast the event live rather than edited and aired a few weeks later, so with a bit of luck the speeches won’t be censored as they have been in the past.

According to them, Notorious BIG and Whitney Houston are rock 'n roll, and Pat Benatar is not. And where the hell is Nicky Hopkins?

Well written digging your vibe. If Motorhead got it wouldnt it be Slash collecting cos he had Phil campbell motorhead guitarist band support euopean dates last year ?