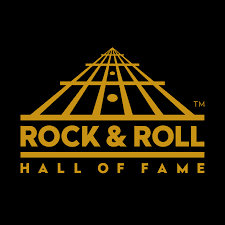 Until yesterday I thought my long association with the Rock & Roll Hall of Fame had been terminated. I discovered who’d been nominated for 2021 via the internet but for the first time since 1992 I had not received a voting form. It usually arrives in October so I thought maybe my constant banging on about why Richard Thompson and Slade have never been nominated had prompted the R&RHoF to fire me. Or maybe they’d decided I was too old for the job, which may be true, but I sensed my time was up.

Accordingly, I sent a message to them via their website: “My name is CC and I have been a voter for the R&RHoF since 1992. I have not received a voting form for the 2021 inductees. Have I been fired?” I added my email address.

“Hi Chris, you have not been fired!” was the prompt response the kind lady from the R&RHoF Foundation. “Your ballot should arrive early March.”

It turns out the induction schedule was changed due to the pandemic, so the 2021 nominees were announced on February 10th instead of in October as in previous years.

Being a voter for the R&RHoF is an ‘honorary’ position. We’re not paid and no favours are granted beyond an opportunity to listen to selected works by the nominees via a link to their website. Nowadays, with the internet and file sharing making music damn near free to anyone, that means jack shit of course.

Before the computer age, when it was necessary to be in possession of a physical object to listen to music, I was sent cassette tapes and CDs of the R&RHoF nominees, just in case I was unfamiliar with their work and needed a nudge to help me decide my vote. I still have four of those cassettes, the first from 1992 and on it are 30 tracks by 15 artists, two per act, among them David Bowie, Cream and The Jimi Hendrix Experience, Velvet Underground and Johnny Cash. 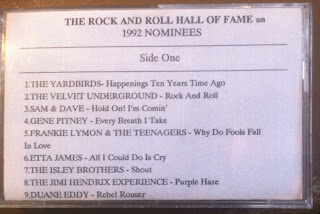 I’m listening to it as I type (yes, I still have a cassette player!), and it’s pretty damn good. Those five above are probably the acts I voted for, and it’s a pound to a penny they were all inducted that year. A glance at the R&RHoF’s website tells me the other ten on this cassette have also been inducted along the way. This certainly adds credence to a contention shared by many that the calibre of acts nominated in yesteryear was somewhat higher than those nominated in the past decade, but we won't go there right now.

I also have eight of their CDs, the first from 1999 when Bruce Springsteen was first nominated, the last from 2006. The CDs have only 15 tracks, one per nominee, but are still cool things to own. My first opens with ‘Paranoid’ by Black Sabbath and closes with ‘La Bamba’ by Ritchie Havens, and elsewhere we get McCartney (‘Jet’), Dusty (‘Son Of A Preacher Man’) and Bruce (‘Born To Run’). The last, oddly, also opens with Sabbath (‘Iron Man’ this time) which just shows how long it took – seven years – for them to be nominated, and closes with Joe Tex (‘I Gotcha’). Elsewhere are Blondie (‘Heart Of Glass’), Chic (‘Good Times’), Miles (‘Right Off’), Skynyrd (‘Free Bird’), Sex Pistols (‘God Save...’), The Stooges (‘1969’) and Patti Smith (‘Dancing Barefoot’), which makes this a fine collection. 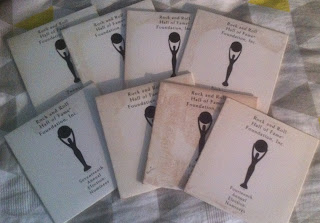 My R&RHoF CDs, tastefully displayed on a duvet cover.

This year’s HoF nominees, for whom I will be able to vote in March, are The Go Gos, Fela Kuti, Carole King, Foo Fighters, LL Cool J, Dionne Warwick, Devo, Jay Z, Mary J Blige, Chaka Khan, Rage Against The Machine, The New York Dolls, Tina Turner, Iron Maiden, Todd Rundgren and Kate Bush, many of whom have been nominated before.

The surprises there are Carole King and Tina Turner but the reality is that both have already been inducted, King with Gerry Goffin in 1990 and Tina with Ike a year later. I will vote for both.

I will also vote for The New York Dolls who became eligible for nomination in 1998, 25 years after their first LP was released. Still, it is deplorable that the R&RHoF have waited until all bar one of the Dolls, singer David Johanson, have left us, most recently Sylvain Sylvain in January of this year. Three years ago I edited his memoir There’s No Bones In Ice Cream. 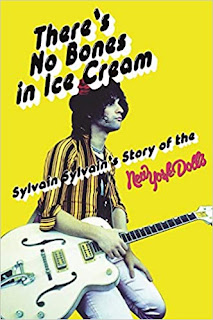 That’s three of my five or six votes – I won’t know how many I can vote for until the form arrives. The others? Dionne Warwick get a vote from me. Though she’s not really rock’n’roll, who can deny the quality of her work? And Todd Rundgren, whom I’ve voted for before.

As before the R&RHoF have instigated a popular vote whereby you can go on their website and nominate one of the acts. It states that votes are limited to one a day, which suggests you can vote for your favourite however many times there are days between this website appearing and the final count, which is probably about six weeks.

At the moment Fela Kuti is leading on 184,000+ votes which is unusual, not because he doesn’t deserve to lead but because I wouldn’t have expected US rock and roll fans to vote for an Afrobeat pioneer who consistently spoke out against American imperialism. Second is Tina on 173k, followed by Foo Fighters on 129k, Iron Maiden on 120k and The Go Gos on 109k. My old pals the Dolls are languishing towards the bottom on 50k, one place ahead of Kate Bush on 49k. This confirms my belief that she’s a bit too weird for American tastes.

Either way, I probably have one more vote. Any suggestions?

It's got to be Fela Kuti

Kate Bush most of my fellow Americans don't understand but she is well deserving.

I say it every year: Nicky Hopkins deserves his own wing.

It's a disgrace that FANNY have never been nominated. TGhey were the original girl band who wrote most of their own material - and boyh, could theyh play!