In 2009, Omnibus Press took on the distribution of a book called Last Shop Standing; Whatever Happened To Record Shops by Graham Jones. It is about the sad decline of the independent record shop, of which over 500 had closed down in the four years leading up to the book’s publication. Graham works for Proper Distribution, an independent record distributor, and in the course of his job has probably visited more record shops than anyone else in the UK. “As well as being a eulogy to an era that is fast fading into history, Last Shop Standing is also a celebration of the unique spirit of comradeship and entrepreneurial ingenuity that has enabled so many shops to keep operating successfully in such a harsh trading environment,” writes David Sinclair in the book’s introduction.
Last Shop Standing has been remarkably successful, selling well over 10,000 copies, and it has been turned into a documentary film featuring Paul Weller, Johnny Marr, Norman Cook, Billy Bragg and Richard Hawley. You can visit The Last Shop Standing website to support Graham’s campaign to keep record shops alive: www.lastshopstanding.com 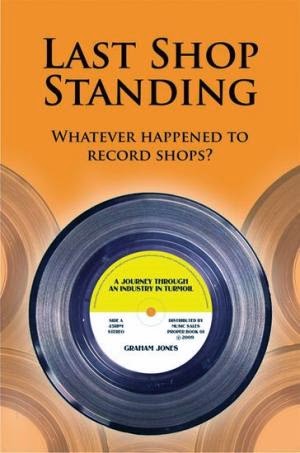 A new, sixth edition of Last Shop Standing: Whatever Happened to Record Shops? by Graham Jones, is out now.
Posted by Chris Charlesworth