At the start you can barely hear the drums but as the track gets into gear they are more and more discernible until, suddenly, at about the 1.30 mark, they come crashing in with all the force of an avalanche. It could only be one drummer and it is. No wonder Pete was pissed off.
This extract from Hot Wired Guitar: The Life of Jeff Beck, by Martin Power, published by Omnibus in 2011, tells of the story of ‘Beck’s Bolero’, the B-side of Beck’s uncharacteristically poppish hit ‘Hi Ho Silver Lining’ and a highlight of his debut album Truth. It is one of the great curiosities of sixties rock, not least because the group that perform on the track might well have been the first ever British supergroup – Beck, Jimmy Page, John Paul Jones, Nicky Hopkins and… Keith Moon.
An updated paperback edition of Hot Wired Guitar is scheduled for early next year. 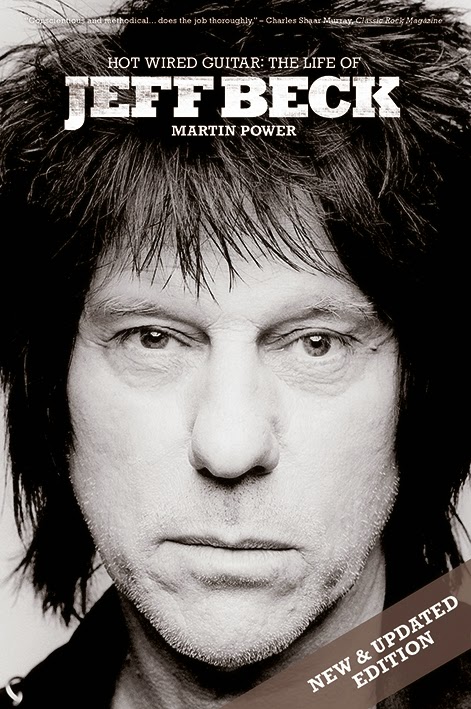 
* Legend has it that future Deep Purple guitarist Ritchie Blackmore was also involved in some capacity at the sessions, though this has never been confirmed.

Email ThisBlogThis!Share to TwitterShare to FacebookShare to Pinterest
Labels: Book Extracts, Led Zeppelin, The Who (Keith)

All the popular brand name beverages for unbelievable low prices.

Start following our signals NOW and earn up to 270% a day.