In January of 1976 I sent another of my telegrams to John requesting an interview. I didn’t hold out much hope but I wanted to know what his plans were now that he’d been granted a green card and was free to travel outside of the US. In the event he responded by sending me a postcard, evidently bought in Singapore but posted in New York, declining the request. He wrote: “No comment, was the stern reply. Am invisible, Love John L” and signed it, as he almost always did, with a tiny self-portrait. Of course, I still have that postcard and both sides of it are reproduced below. I never communicated with John Lennon again. 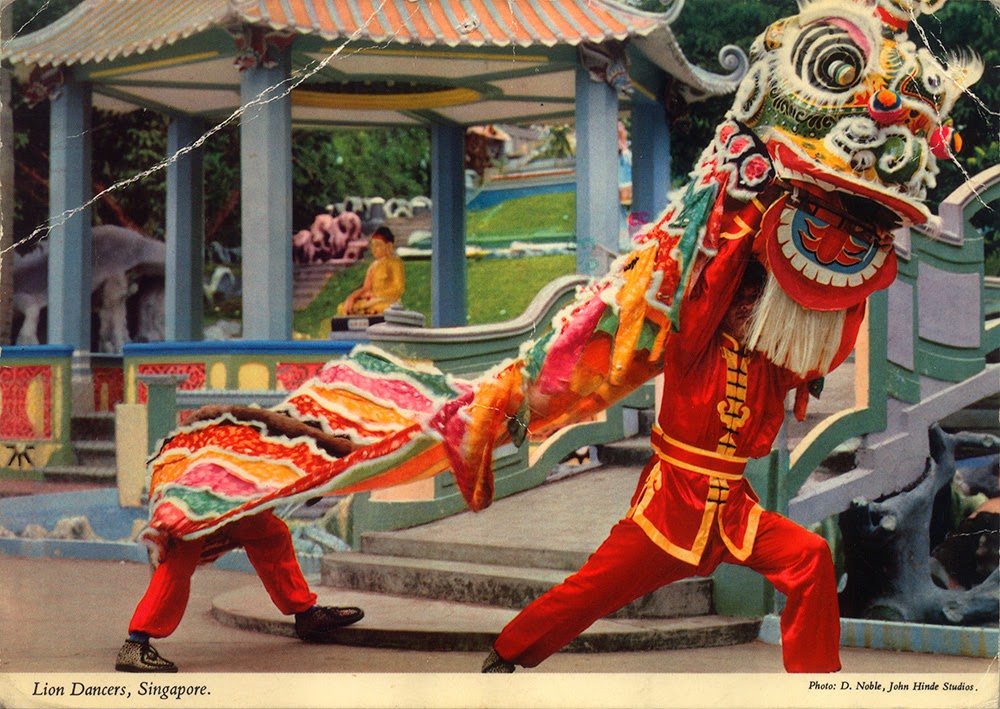 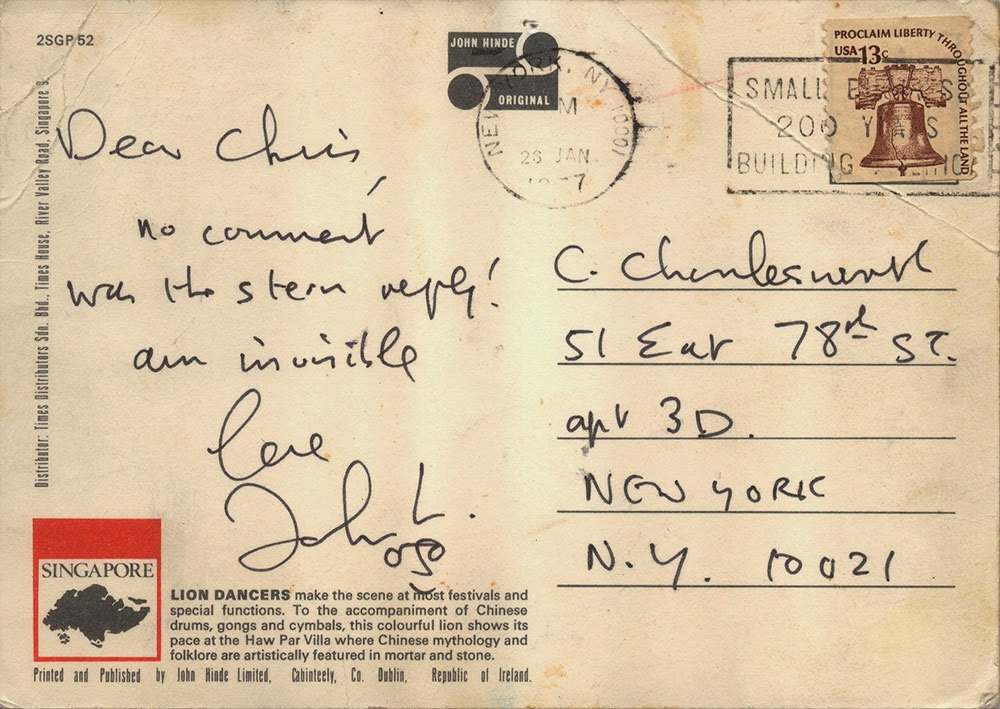 Today, almost 34 years later, the killing of John Lennon seems to me to be the single most tragic event in the history of rock’n’roll. It is a cruel irony that John, a determined peace campaigner, died in the manner he did. In a better world he would have been awarded a Nobel Peace Prize for few individuals that I know of did more than him to spread the idea that world peace was probably a good thing. His song ‘Give Peace A Chance’ remains the worldwide anthem of the peace movement and his ever-popular Christmas song ‘Happy Christmas (War Is Over)’ conveys a similar message. To have written ‘Give Peace…’ alone is worthy enough of the Prize if I had any say in the matter, but evidently someone decided that Henry Kissinger, who is still wanted for war crimes in parts of the Far East, deserved one more than John (or Yoko). According to Wikipedia: “These charges have at times inconvenienced his travels”, and there's an irony there in that the Nixon administration's persistent hounding of him certainly inconvenienced John's travels.
If that sounds cynical, then what about America’s gun culture? I have long been amazed and appalled at the stupidity of a nation whose governments sanction, even encourage, the manufacture and sale of implements with which its citizens routinely kill and maim each other and their children. Nothing exposes the institutionalised corruption of American politics more than the ease with which gun manufacturers, through their stooges the National Rifle Association, can bribe the country’s legislators to block measures designed to control the sale of their loathsome products. Although I sympathise with all the victims of American’s gun madness, especially the families of those children in schools mowed down by madmen with guns, these strong feelings of mine really stem from what happened to John, a man whom I liked to think of as a friend, at least for those few years in New York, and who was slaughtered in cold blood, shot in the back, by a lunatic for whom it was the simplest thing in the world to obtain a gun with which to carry out this barbarous act.
I have read a great deal of rubbish about John in the years since his death, much of it emanating from mendacious pens wielded by the likes of the late Albert Goldman, but none of it in any way alters my firm conviction that the John Lennon I knew was a good-natured man of integrity and talent who tried to use his exalted position to right a few wrongs and spread what he saw as a gospel beneficial to mankind. He was no saint, it’s true, but he never pretended to be either.

Chris, Amen to your comments about guns in the USA. The situation in regard to firearms here is, as you say, one of total madness. Unfortunately, too many Americans continue to believe in the "right to bear arms," and the inevitable result is endless bloodshed. The NRA is completely evil.