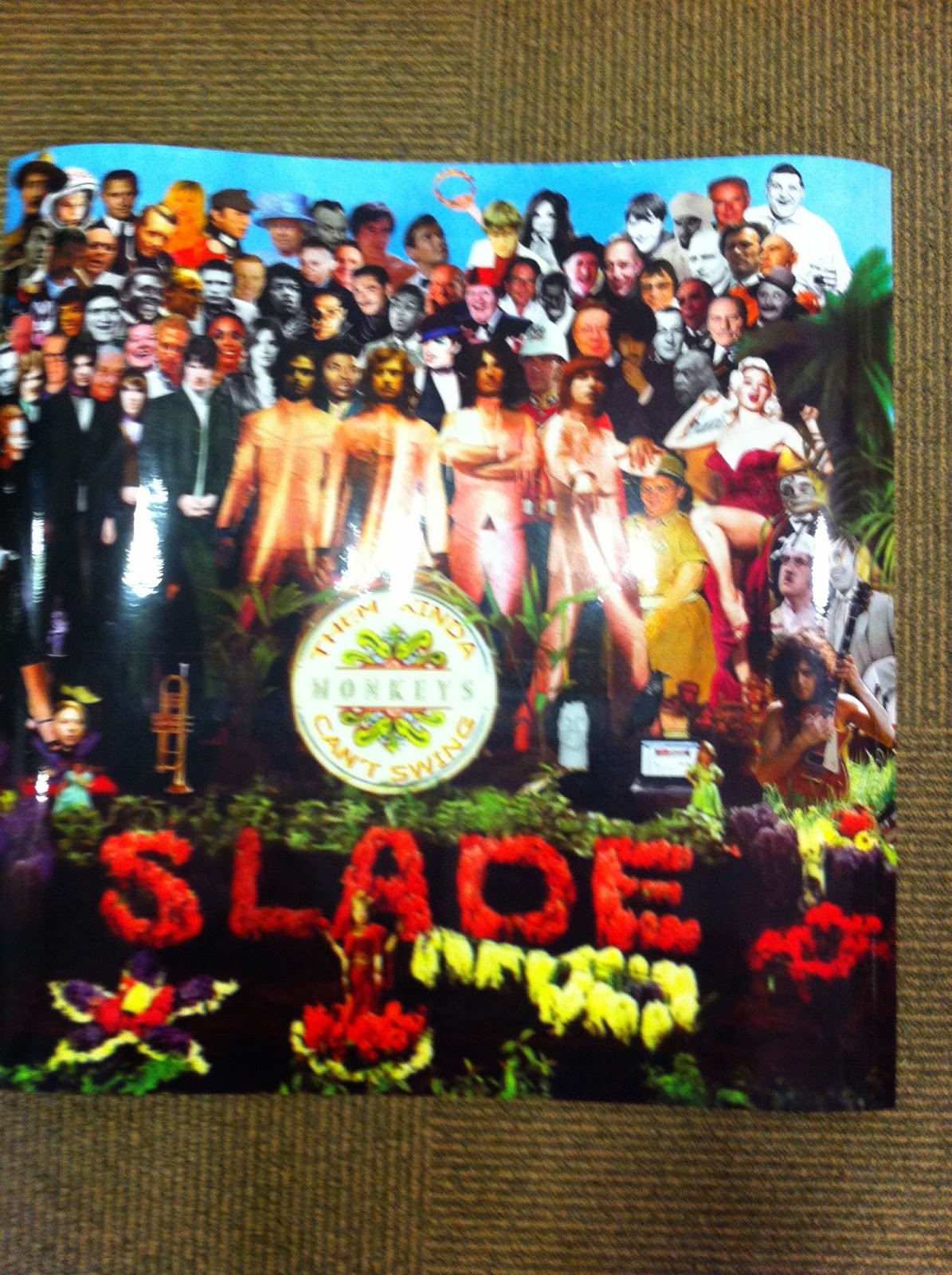 The question of whether or not Slade fans were slightly unhinged (‘CRAZEE’) was never far from my mind as I chronicled their adventures during in their glory years. They were certainly a rowdy bunch, especially en masse during the early years of the seventies, a bit like football fans in that they enjoyed making a great deal of noise, drinking pints of beer in pubs and, not least, preferred girls who were unlikely to create much of a fuss if their bra strap happened to become loosened. Most of all, though, they liked to see their heroes in concert, Noddy leading the charge with his best Little Richard voice, Dave leaping around in some outfit made from the material in which chickens are roasted, Don sturdily holding down the beat at the back and Jim holding it all together on bass while his mind was somewhere else entirely, perhaps on a volume by some scholastic philosopher than he’d borrowed from Wolverhampton Library.
Evidence that the rabid Slade fan is still alive and well comes with the above picture that one of their breed, David Graham, sent me today. Created by those behind the Slade In England website, it features dozens of characters that have a link with Slade’s past, including your man at Just Backdated who can be seen just above Dave as he appears in the film Flame, snugly placed between Al Jolson and Phil Lynott. Noddy sang like Jolson, of course, and Phil Lynott’s band Thin Lizzy supported Slade back when it was helpful to do so.
In payment they requested that I send them a selfie of me holding it, so here it is. 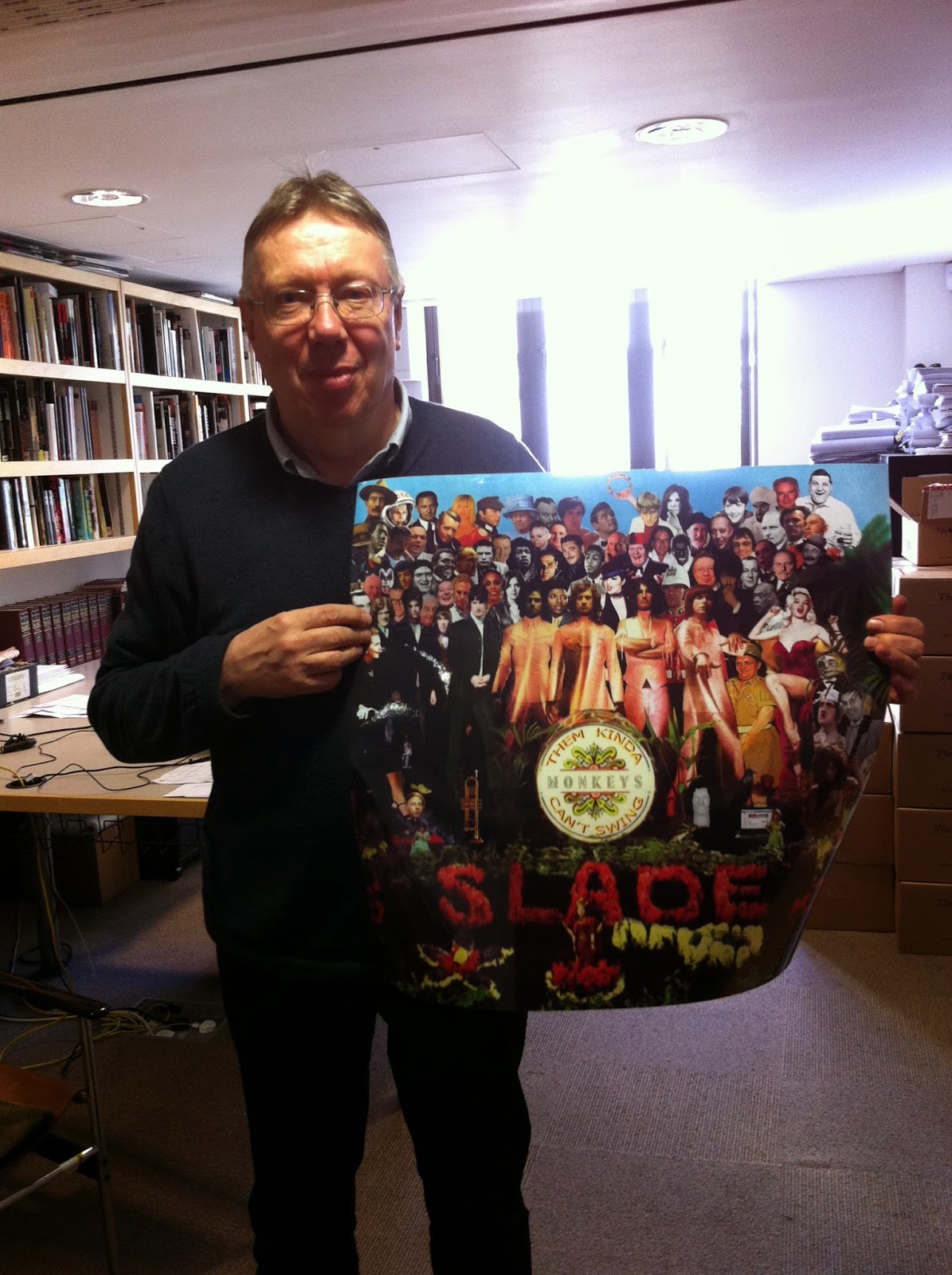 Thanks lads.
Posted by Chris Charlesworth

How lovely! and thank you for taking the time!

Slade. You know it makes sense

Hi Chris, somewhat belatedly to say the least I bought the Slade Alive CD last week. In the sleeve notes Dave Ling refers to your "excellent official biography"; I couldn't find it on the Omnibus website, so I assume it's no longer in print?

Hi Tim - No but you might be able to find a used one on Amazon. Failing that I can lend you mine, but I only have one at home.

Brilliant and only right that you are there.