Yesterday’s extract from Everett True’s Ramones biography Hey Ho Let’s Go attracted plenty of hits so here’s another one, all about the recording of their first album. I make a cameo appearance towards the end which, because its author used Hey Ho… as a research source, resulted in my only appearance in a graphic book, Gabba Gabba Hey, also published by Omnibus – see illustration at the bottom. 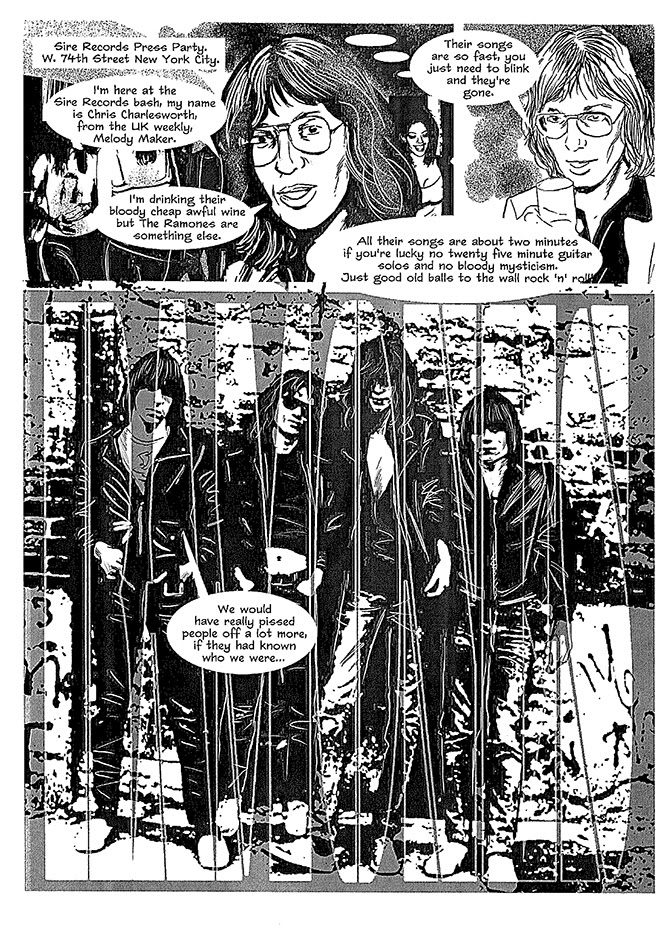 " The mixing itself lasted 10 hours, enough time to record an alternative mix that sometimes pops up accidentally on CD reissues."

Is there a way of indentifying this alternative mix?

Start following our signals NOW and gain up to 270% daily.