My Christmas present to myself this year was a box set called The Jimi Hendrix Experience, but I really bought it for my son Sam who loves Hendrix. Across four CDs are previously unreleased concert and studio recordings from 1966-1970, alternate versions of classics and some unheard Hendrix music; 60 recordings in all in chronological order. There’s so much material, in fact, that I haven’t assimilated it all yet, but there’s plenty of time.
I never saw Jimi Hendrix perform or interviewed him. His death occurred not long after I joined Melody Maker in 1970 so my connection to him rests solely on having been responsible for the publication of several books about him, three by the late Hendrix aficionado Tony Brown, a plumber by trade who lived in Norfolk. The best of these books, at least in my opinion, was published in 1997 and called Jimi Hendrix – The Final Days, and the introduction, which I had a hand in writing, from the book appears below. It will be followed by two further extracts. 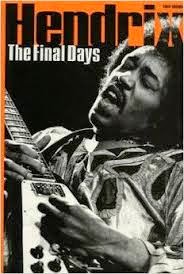 Follow our signals NOW and make up to 270% daily.

If you need your ex-girlfriend or ex-boyfriend to come crawling back to you on their knees (no matter why you broke up) you must watch this video
right away...