MONEY, IT'S A GAS - The Dark Side of FIFA 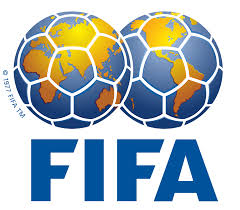 With apologies to Pink Floyd...

Of all the images thrown up by the entirely predictable arrest of corrupt FIFA officials yesterday – and why did it take so long? – none was more shameful than the sight of staff from the ‘five-star’ Bauer au Lac hotel holding up bed sheets in a pathetic attempt to protect the identity of their well-heeled guests as they were hauled away through a back entrance to a police car. They were evidently roused from their very comfortable beds (rooms cost from 870 to 3,800 Swiss Francs a night – there’s about 70 CHF to the £1) shortly after 6am, an ungodly hour for men who the previous evening had no doubt enjoyed an eye-wateringly expensive meal at their Michelin-starred restaurant washed down with fine wine and a goblet or three of cognac (top price for brandy – £1,750 a bottle). For decades now this den of decadent luxury has offered a sanctuary to these criminals whenever they visit Zurich and there seems little doubt that its discreet lobby and private suites have seen cash-filled envelopes change hands on multiple occasions. No doubt the bills for their suites were paid for by FIFA, handsomely too, so the obsequious employees that held up those sheets were attempting to protect paymasters whose custom and tips were clearly in danger of slipping down the plughole. Tragic!
One other issue concerns me. The ongoing investigation will now look closely at how Russia and Qatar were awarded the World Cup for 2018 and 2022 respectively. Far be it for me to suggest that anything irregular occurred to create this situation, and leaving aside for a moment the twisted wisdom of holding the competition in either of these nations, am I not right in thinking that bribery and corruption are endemic in both? Greasing the wheels to secure the deals is perfectly normal in these countries, accepted as both necessary and routine and condoned by all who benefit, so it’s unlikely they’ll believe for one moment that they have done anything wrong if – heaven forbid – one of those cash-filled envelopes just happened to have changed hands somewhere down the line in the Bauer au Lac hotel.
I await the outcome of all this with interest.
Posted by Chris Charlesworth

"discreet" not "discrete". and what's the rate of exchange for swiss francs?

My developer is trying to convince me to move to .net from PHP. I have always disliked the idea because of the expenses. But he’s tryiong none the less. I’ve been using Movable-type on several websites for about a year and am nervous about switching to another platform. I have heard excellent things about blogengine.net. Is there a way I can transfer all my wordpress posts into it? Any help would be really appreciated!
Crib Sheets