Most of my Melody Maker interviews were done in record company offices or hotel rooms. Some were done in recording studios and backstage at concerts and a few at private residences (including Daltrey, Entwistle & Moon) or at temporary residences (Lennon, Sly Stone). This one, oddly, was done in the back of a Daimler limousine whose driver took us from the BBC Centre in Shepherds Bush to Holland Park where we were driven round and round while I chatted with Art whose then girlfriend, the actress Laurie Bird, came along for the ride. Art wasn’t that friendly as I recall, and I got the impression he’d have preferred some ‘alone’ time with Laurie than spend an hour with me.
Art played a short series of UK concerts this September, performing songs from the Simon & Garfunkel and his own catalogues, and chatting with the audiences about his long career, the style of show adopted by many of his peers these days. I read a complimentary review which said his once golden voice was creaking slightly but his genial, self-effacing stage manner made up for this in spades. And when he sang ‘Bridge Over Troubled Water’ at the end of the show he brought the house down.
This interview is divided into two parts, second bit tomorrow. 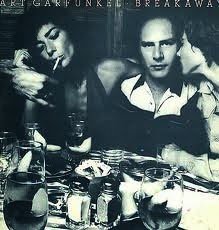