U2 – The Concert File & Other Matters

I only ever saw U2 once, at Wembley Arena around the time that Joshua Tree was released in the eighties, but I’ve always had a sneaking admiration for them mixed with occasional feelings of despair when they overplay their cards or when Bono puts on his ‘holier than thou’ hat. In 2008 all four were in the congregation a few pews in front of me for the funeral service at Golders Green of my old friend Rob Partridge, who became the PR at Island after working on Melody Maker, and who was responsible in no small way for U2 signing to the label amid fierce competition from elsewhere. Their attendance demonstrated the gratitude they still felt towards Rob for his guidance before they became a global phenomenon, and I was impressed that the band that was arguably the biggest in the world made the effort to attend. The Rolling Stones wouldn’t have turned out for a former publicist, that’s for sure. 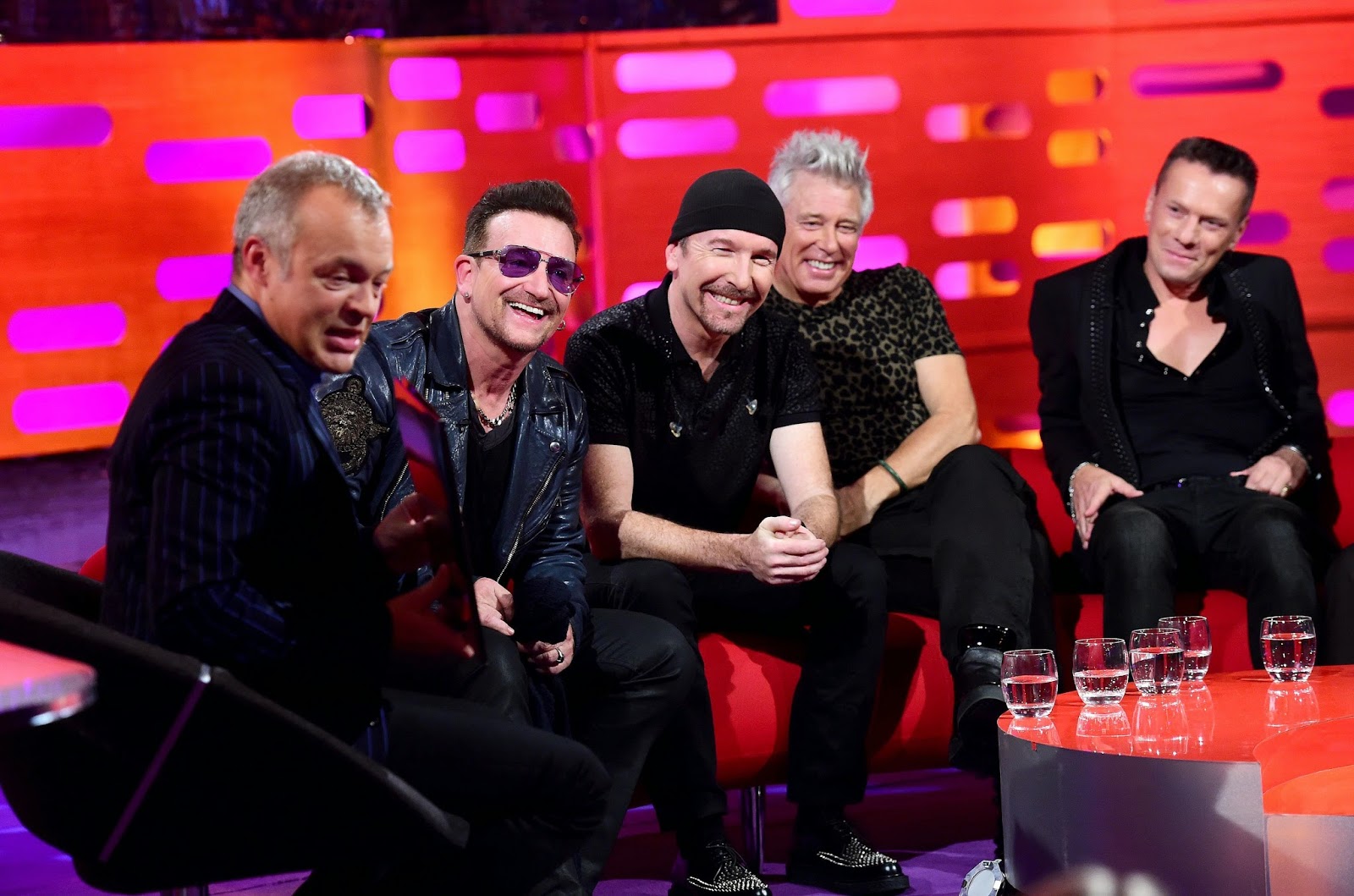 I was reminded of this while watching U2 on the Graham Norton chat show last Friday night, and also that in 1994 I flew to Amsterdam to meet up with an über-U2 fan called Pimm Jal de la Parra who wanted to compile a book called the U2 Concert File. It was much more than a listing of every concert the group had ever performed as Pimm had contacted U2 fans throughout the world and asked them to send reports and tapes of all the shows they’d seen. On the walls of his apartment were shelves full of cassettes from hundreds of U2 shows, and every listing in the book would contain details not just of what songs were played but of what exactly happened at every show, all the quirks and spontaneous incidents, this being a time when U2 liked to interact with their fans during a show, meaning anything could happen and often did.
I subsequently learned that U2 loved the book and took copies of it everywhere they went on tour. It enabled them to refer back to previous shows in a particular city, thus creating the impression that U2, and Bono in particular, always remembered every gig they’d ever done everywhere in the world. One example of this was apologising for a particularly bad traffic snarl-up after a show which delayed fans’ departure the last time U2 played that city. “Real sorry for the traffic hold ups last time we were here,” Bono announced between numbers, having read about the problems in the U2 Concert File of course. “Hope it doesn’t happen again tonight,” he added to generous applause.
So enthused were U2 by Pimm’s book that when next they were in Amsterdam they invited him to their hotel to meet him. He duly went along, shook their hands and left but not before U2 asked him to join them for dinner after that night’s show. “Sorry but I’m meeting some friends for a drink,” he replied to U2’s astonishment. Accustomed the great and the good of society bending low before them, U2 suddenly had to get their heads around the fact that a mere fan would prefer to meet his mates for a drink than have dinner with them at, presumably, a fancy restaurant. Humbled, their admiration for Pimm increased beyond measure.
Pimm died in 2002 and was mourned not just by U2 fans the world over but by members of the U2 organisation. Here’s what their show designer Willie Williams wrote about Pimm on a U2 website.
http://www.atu2.com/news/pimm-jal-de-la-parra-1966-2002.html

Tomorrow I’ll post my favourite bit from Pimm’s book in which U2 became their own support act in disguise, and no one in the huge audience realized.
Posted by Chris Charlesworth

Email ThisBlogThis!Share to TwitterShare to FacebookShare to Pinterest
Labels: U2