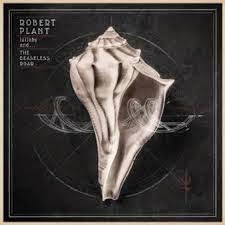 I can count on the fingers of one hand the number of times I have encountered the three surviving members of Led Zeppelin since I left Melody Maker in 1977. I spoke to Jimmy at John Entwistle’s memorial service and at the opening of Jim Marshall’s photo exhibition a few years ago, and had a nice chat with John Paul at a party that followed the unveiling of Jimi Hendrix’s Blue Plaque in Brook Street in 1997. I saw all three at a meeting in a London Hotel I attended concerning Music Sales’ acquiring the rights to their sheet music in 2008, and this was the only time I was reacquainted with Robert, who failed to recognise me. He began a conversation about Derby County FC and I had to point out that I wasn’t Roy Hollingworth – a big Derby fan – but Chris Charlesworth who once followed Leeds United. He apologised for getting us mixed up and was on his way and I haven’t seen him since, though I did attend a concert of his at the Kentish Town Country Club back in the nineties.
Like most music journalists I found Robert to be the most congenial member of Led Zeppelin during their pomp. He was happy to be interviewed at any time and always spoke well, and unlike the others never seemed to look on the press as potential adversaries. There was none of the distrust that I detected from Jimmy and John Bonham (and Peter Grant), or the indifference I felt from John Paul, who was never unfriendly but simply didn’t seem interested. No, Robert was the acceptable face of Led Zeppelin and I came to like him a lot.
I still do. His most recent album Lullaby and… The Ceaseless Roar, released in September, is a joy, another step of his long exploratory journey as his own man, and a glance at the instrumental credits assures us that the journey is continuing apace: bendirs, djembe, tehardant, tabal, kologo, ritti and Fulani vocals are among them. I haven’t a clue what any of these instruments are, but I do know that they make a beautiful noise.
These days Robert resembles a shaggy old lion, and he seems almost embarrassed by the image he presented in the seventies, the lecherous rock god with a suspiciously large bulge in his jeans who promised to bestow us with every inch of his love. Long believed to be the stumbling block as regards a Led Zeppelin reunion of any permanence, he hasn’t quite put his past behind him but it’s far from his prime concern, as it is for Page. The music on Lullaby… contains only the tiniest trace of Led Zeppelin – a snatch of lyric here, a rousing electric guitar there – which I think he does as a bit of a tease. For the most part, though, it’s an adventurous and unpredictable mix of folk rock, mostly self-penned and mostly easy on the ear yet never bland.
Folk rock is perhaps too loose a term. Robert has long been a supporter of, and collaborator with, the Afro Celt Sound System and, like Peter Gabriel whose Box Studio near Bath was where this album was recorded, is clearly drawn to music of the Third World. The unusual instrumentation gives many of the songs an African feel, and Robert's voice has a breathy, tranquil quality that flips between soothing and haunting. Two songs have a confessional feel: in ‘A Stolen Kiss’, a deep and stately piano ballad, and ‘House Of Love’, a lovely rolling pop song with prominent bass, we are given to assume that he is writing about the break up of his relationship with the country singer Patti Austin with whom he made a home in Texas for a while before returning to the UK sadder but wiser. The most impressive piece is ‘Embrace Another Fall’ with an ominous texture and rhythmic African drums controlling the tempo until the song breaks out with arena-style rock guitar before closing with a verse from an old Welsh folk song, ‘Marwnad yr Ehedydd’, sung by guest vocalist Julie Murphy in the language of the land of our fathers. It’s very impressive.
Elsewhere Robert continues the Led Zeppelin tradition of unearthing old blues by rearranging Leadbelly’s ‘Poor Howard’ as a bluegrass romp with pizzicato banjo that brings to mind a square-dance in the saloon of a 19th century mid-western town, and while opener ‘Little Maggie’ has echoes of the same, there’s something far more portentous in its electronic backdrop, a touch of Kraftwerk I thought, and mournful violin.
It would be remiss of me not to mention that, by and large, the textures of Lullaby… are not dissimilar to Raising Sand, the superb Grammy Award winning record that Robert made with Alison Krauss in 2007. It’s more adventurous, for sure, but if you liked that and want to accompany the golden voiced Plant on his restless quest to bury the past, you’ll like this, probably all the more so.