Last week the London Evening Standard announced the results of their list of 1,000 Most Influential Londoners as chosen by ‘a panel of editors, critics and journalists from the newspaper’, which more or less means that they could stick who they wanted on the list which in turn means they could choose those with whom they wished to curry favour.
Remarkably, Kate Bush was at number 16, three places above Sir Bernard Hogan-Howe, the Metropolitan Police Commissioner. Quite why the Standard’s panel decided that Bush has more influence in London than the city’s top cop is a matter of conjecture but it seems unlikely that London mayor Boris ‘Haystack’ Johnson will consult Kate ahead of Sir Bernard before deciding on which demonstration to debut his second-hand German water cannons.
Also, Kate Bush wasn’t born in London (Bexleyheath was in Kent in 1958 when she was born, it didn’t become part of the GLC until 1965), hasn't lived in London for donkey's years and then only down in the south east suburbs, and I’d bet good money that the recent series of concerts at Hammersmith represents the longest time she has ever spent – or will ever spend – in what most folk regard as London.
But right now Kate Bush can do no wrong. She can walk on water. Maybe the Standard thought that by including Kate at number 16 she would grant them an interview. Fat chance, methinks. Kate doesn’t do interviews but she does sing beautifully, and one of my favourite performances of hers is not from her own catalogue but the duet she did with Peter Gabriel on ‘Don’t Give Up’, from Gabriel’s So album from 1986. The album was recorded during the summer of the previous year at Gabriel’s home, Ashcombe House in Somerset, where he kept his own studio. It was, according to Gabriel biographer Daryl Easlea, partly inspired by the startlingly evocative Dorothea Lange pictures of poor Americans during the Great Depression, three of which hang along the upstairs corridor of our house.
‘Don’t Give Up’ is the focus of this extract from Daryl’s book Without Frontiers: The Life & Music of Peter Gabriel. 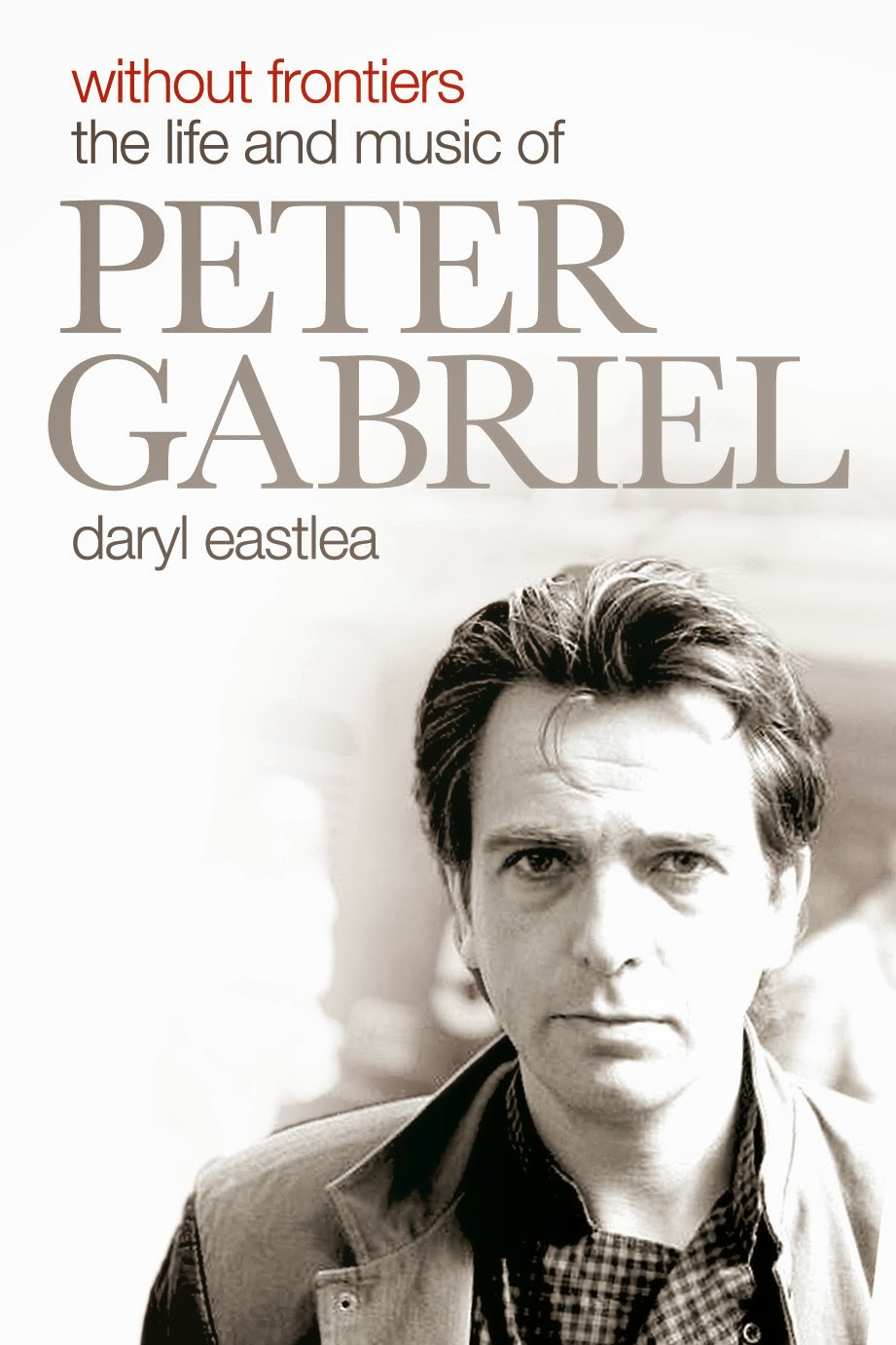 Written as a duet, Gabriel initially envisioned Dolly Parton, one of the greatest American bluegrass vocalists of her generation, to sing with him on ‘Don’t Give Up’ but that fell through. Instead he turned to his great friend, Kate Bush, who was then enjoying huge commercial success in the wake of her 1985 album, Hounds Of Love, to add the impassioned female vocal part. Bush’s album can be seen in some ways as a sister album of So. Both he and Bush had released difficult, complex albums in 1982 that had not chimed as resonantly with the public as earlier records had done. With Hounds Of Love, like So, Bush had kept all of her inherent strangeness, yet sweetened it with some of the most commercially accessible singles of her career. Like an actor playing a part, she delivered her lines with conviction and sincerity. Over the gentle swell of Richard Tee’s gospel influenced piano part, the song was a masterpiece of understatement that was in step with the straightened times lurking beneath the shiny veneer of the eighties.
‘Don’t Give Up’ is arguably Gabriel’s most powerful statement. By the mid-eighties, the Conservative Prime Minister Margaret Thatcher’s government was shredding society with its defiant selfishness, handing down edicts to an unemployment-ridden populace with a superior and self-satisfied approach. In response to the inner-city rioting that had bedeviled the country in 1981, Thatcher’s Employment Secretary Norman Tebbit infamously used an analogy about his father being out of work in the thirties, and instead of rioting, he got on his bike and looked for work. This became interpreted popularly as telling the unemployed to ‘get on their bike’ to get a job. The way that Gabriel picks up the tale of a dispirited man at the end of his tether looking for work touched a raw nerve with millions of listeners in the UK, and latterly, the world.
Channelling the emotion of his set-piece numbers such as ‘Wallflower’, he presents this simple, personal tale, which made a remarkable connection. Designed as a conversation between a man and a woman, it seeks to emphasise the power of a bond between a couple that can defeat all obstacles. With two attempts at her vocal, Bush added the requisite warmth and vulnerability to the song. It became, as Bush biographer Graeme Thomson notes, for many people in the US their “first point of reference” for her.
The song, with Gabriel’s despair in the verses and Bush’s words of hope in the chorus, has gone on to be arguably Gabriel’s most loved composition. Cover versions have been recorded by Bono and Alicia Keys, P!nk and John Legend, Willie Nelson and Sinead O’Connor and Maire Brennan and Michael McDonald. Pop sensation Lady Gaga covered it with Canadian rockers, Midway State so “that young people would hear and learn something about Kate Bush”.
Gabriel has stated that a well-known rock star and a comedian both said that the song had stopped them from committing suicide. “You don’t know how some of the songs are going to hit people... you realise that it’s like a tool box full of emotional tools when you put out music and you put some real feeling into it. I’m a bit more conscious of that... I thought of what I was trying to do.”
DJ and author Mark Radcliffe writes with genuine affection is his book Reelin’ In The Years when he says, “It is beautiful and not without hope. The song is a duet between the battered jobseeker and his loving, protective, faithful, embattled wife. In essence, as the title suggests, she says that things might look grim but whatever happens, they’ll be together.”
Posted by Chris Charlesworth

There is shocking news in the sports betting industry.

It's been said that any bettor needs to see this,