This is the first of two extracts from Torn Apart: The Life Of Ian Curtis by Mick Middles & Lindsay Reade, first published by Omnibus Press in 2006. The authors of this biography were uniquely qualified to write about the extraordinary events surrounding the life and death of Ian Curtis. Manchester-based Middles was the first journalist to interview Joy Division for the music press and formed a close association with the band. Reade was a co-founder of Factory Records along with her then-husband Tony Wilson. Together they revisited the legend of Ian Curtis and produced the first full-length account of this troubled man’s life, work and relationships in the midst of the unique explosion of pop energy that hit Manchester in the late Seventies.
Somewhat controversially, their book benefited from the co-operation of Annik Honoré, the Belgian girl with whom Ian formed a close relationship during the last eight months of his life, and the book featured extracts from their correspondence together. [Annik passed away in July of this year.]
In this extract we pick up a troubled Joy Division in April, 1980, six weeks before Ian would take his own life. The group has been acclaimed by the music press and appear to be on the verge of a major breakthrough, but all is not well with their charismatic singer who is, quite literally, being torn apart by epilepsy and his responsibilities to the group, to their fans and to his wife and newly born daughter. 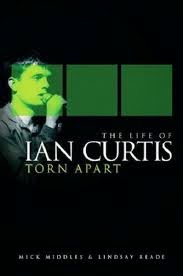 Tomorrow, the Bury gig that ended in a riot.
Posted by Chris Charlesworth