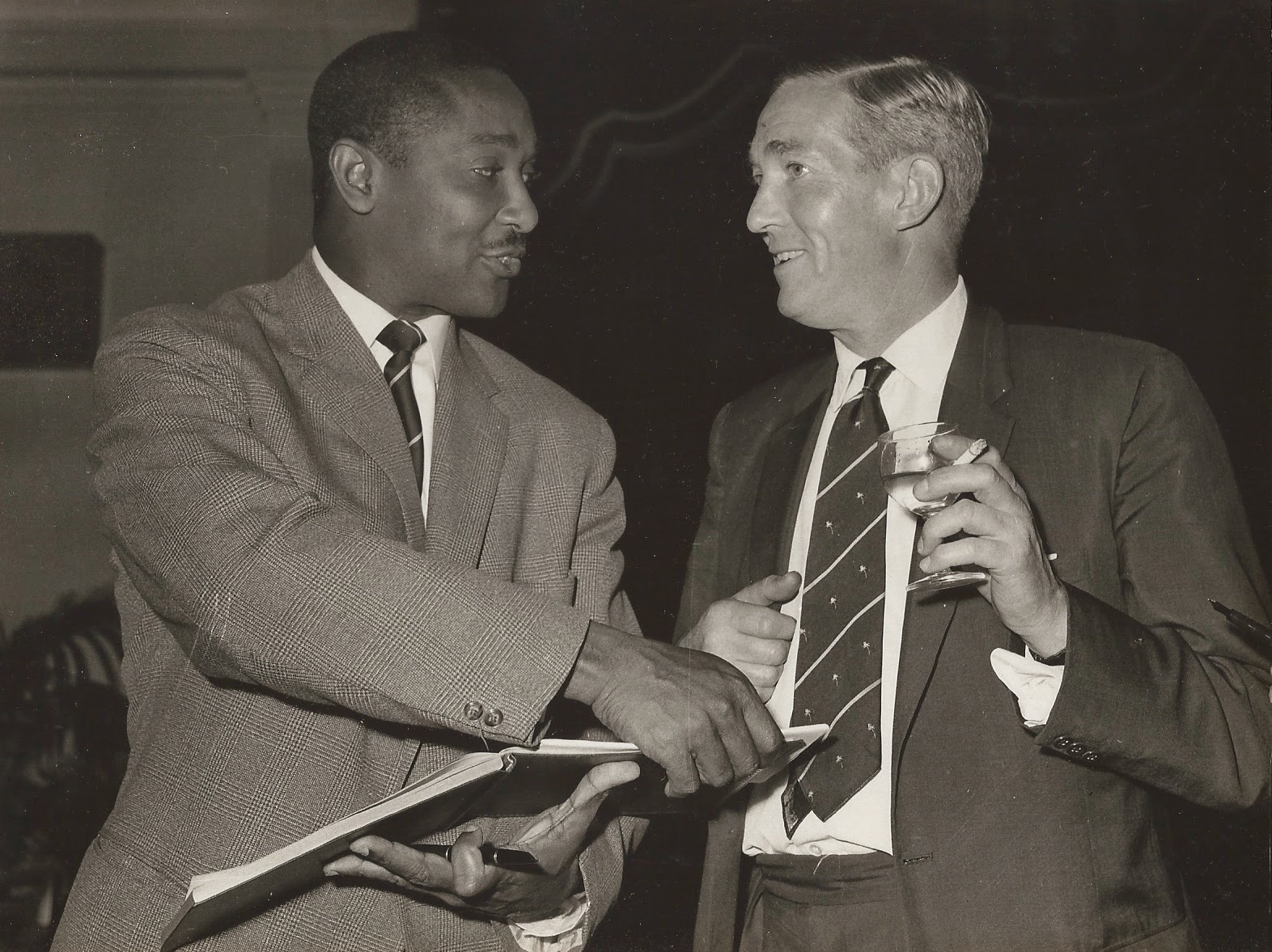 Had he not died in 1997 a few days before his 86th birthday my dad would have been 104 today, and I always think of him when February 4th comes around. There was an additional reminder this morning, however, when on the train I read in my Guardian about the discovery of a letter from Rosa Parks, the black girl from Montgomery, Alabama, who in 1955 refused to give up her seat in the coloured section of a bus to a white passenger, after the white section was filled. February 4th was Rosa’s birthday too – she was a couple of years younger than my dad – and although others had taken a similar stance in regard to bus segregation, Rosa’s case became a cause célèbre and an important stepping stone in the rise of the Civil Rights Movement.
I mention this because during WW2 ‘Bombardier Charlesworth’ served as a gunner on troop and supply ships criss-crossing the Atlantic many times. Off duty one day in Norfolk, Virginia, he caught a bus to the beach, and when an elderly coloured lady carrying several parcels got on the bus and remained standing, my father, being a well brought-up Yorkshireman, naturally offered her his seat. The lady explained that because of the colour of her skin she was not permitted to sit there, only in the black section at the back of the bus where all the seats were occupied. Dad was appalled, so rather than sit while an elderly lady had to stand, he stood for the remainder of his journey and, when the lady wanted to get off, made a point of helping her with her packages before getting back on to the bus himself. “May I help you madam,” he said to the surprised woman who had no doubt never been called madam in her life, let alone by a white man.
Elsewhere on Just Backdated I mention that on January 26, 1974, I too found myself in Norfolk, Virginia, on tour with Bruce Springsteen & The E Street Band who were playing at the Chrysler Theatre. By this time dad had told me the story about the lady on the bus, and the following morning before flying back to New York I went out to the beach and tried to imagine dad sunbathing on the sand in his khaki army shorts. I looked out to sea, across the Atlantic towards England, just as he would have done. Then I went and bought a postcard to send to him, saying something about following in his footsteps.
My dad was once a keen and accomplished cricketer and when he told me the story I remember feeling as proud of him as if he’d taken all ten wickets in an innings at Lords, not least because by this time I’d learnt about the racial divide in America’s southern states myself and the ongoing racial prejudice there. There was none of that in our house when my sister and I were growing up for the simple reason that there were no coloured people in our home town of Skipton. The only dark skinned people my father knew, and to whom I was occasionally introduced, were test and county cricketers from the West Indies, India and Pakistan for whom dad had the utmost respect. For as long as I could remember there stood on our television set a framed photograph (above) of my father proudly shaking hands with the great all-rounder Sir Frank Worrell, the first black cricketer to captain the West Indies.
RIP dad.

Beautiful story! Thanks a lot for sharing it!