Just Backdated doesn’t really connect with the Brits and neither, on last night’s evidence, does the only musician to appear on the show that I have written about on this blog, specifically Jimmy Page, who looked about as at home on the elongated O2 catwalk as One Direction would do closing Saturday night on the Pyramid Stage at Glastonbury. “I hope you’re having a great night. I am,” he said, most unconvincingly as the riff from ‘Kashmir’ pounded out in the background. Far and away the oldest fellow to appear and doing his best not to look too self-conscious, Jimmy presented the best group award to Royal Blood, a bass and drum (as opposed to drum’n’bass – the distinction is important) duo who at least injected a bit of balls into the proceedings. I thought their song ‘Figure It Out’ had a definite echo of Led Zeppelin about it, sort of minimalist ‘Whole Lotta Love’-era Zep with Page on a bass tuned high and played through the treble channel and Bonzo bashing away at his wildman best.
Elsewhere, the winners and speeches were fairly predictable, Ant and Dec proving a ‘safe pair of hands’ even if they never seem to get any older and certainly deserve an award for services to inoffensiveness. Their interviews conducted table-side were spectacularly anodyne, as were their jokes, but this is light entertainment after all, an opportunity for ITV to screen performances by big stars who wouldn’t otherwise be available for prime-time midweek entertainment or, for that matter, help promote Mastercard.
It was left to that erstwhile trooper Madonna to introduce the only other spark into the proceedings and she had to fall down a flight of steps to do so. Madonna has form as an upstager and, unintentional as it surely was, all the headlines and internet traffic this morning was about her trip, which surely speaks volumes about the blandness of everything else. 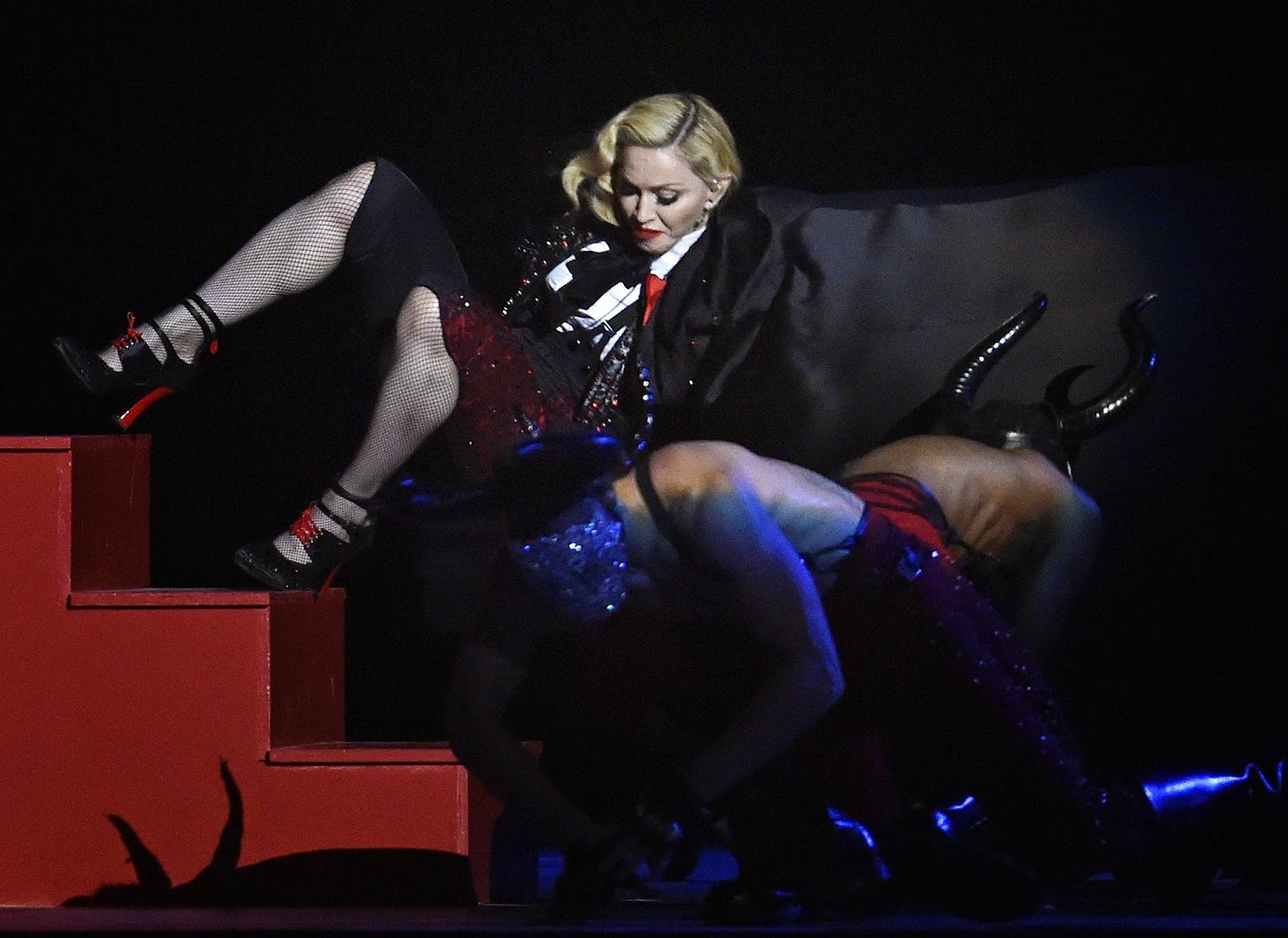 For female performers – and Kanye West – the Brits is all about what you wear, how many dancers you have (and what they wear) and fancy stage production involving flashing lights and elaborate gantries than the actual song – but there are pitfalls in all this. The more over the top the act the more danger there is of coming a cropper. So it was with Madge who tripped over her ridiculously large (Armani, it was noted of course) cape and went tumbling, and quite a tumble it was, probably painful too, poor girl, and it is to her credit that she carried on regardless. Ant and Dec gallantly declined to comment but next time Ms Ciccione, if there is a next time, why not perform in a simple dress, or jeans, a t-shirt and trainers, no dancers, no steps, nothing fancy, just sing the song? Now that really would be original.
Posted by Chris Charlesworth