In 2009 Omnibus Press published Trust, a book of photographs by the celebrated American rock photographer Jim Marshall. Jim was famous for his ‘don’t-fuck-with-me’ attitude and earlier that year, on his last visit to London, we met for lunch at the Gay Hussar in Greek Street during which he drank neat scotch and told me about his life at the sharp end of rock photography, Miles Davis, Dylan, Johnny Cash, last ever Beatles concert, Woodstock, on tour with the Stones, the lot. He wasn’t the kind of photographer who would fawn in front of PRs, and was horrified by the limited access culture that is the norm now.
Jim was a fantastic character, much loved by all those whose photographs he took, and I was much saddened when he died – suddenly from a heart attack – about a year to the day after we’d met.
Over lunch Jim had reminisced about that Beatles concert at Candlestick Park on August 29, 1966. He and one other photographer (from the San Francisco Examiner) were the only ones present at what turned out to be their last ever live show in front of a paying audience. Anxious to get back to his darkroom to develop his film, the other cameraman left after the first two or three numbers but Jim stayed on until the end. It was one of the best decisions of his life and the other chap never forgave himself for leaving early and missing out on what would have been a very valuable asset in his portfolio. 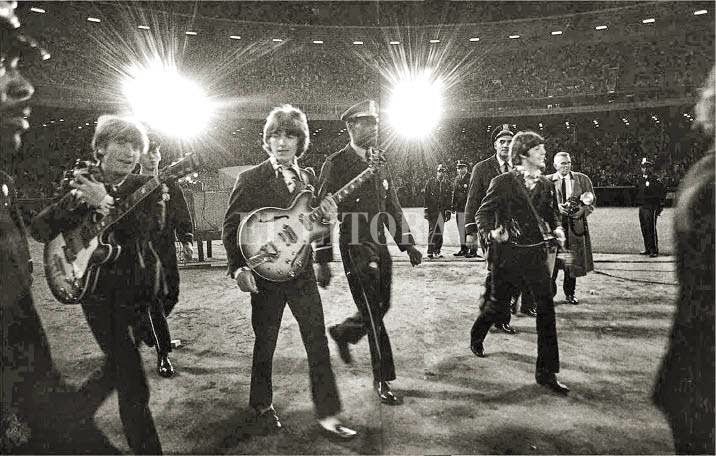 Jim’s photographs appeared regularly in Rolling Stone so it was only natural that the magazine would publish a substantial obituary, illustrated with many of his pictures. Among them was the picture above, and in their tribute they stated that Jim was the only photographer present on this night.
The picture clearly shows another photographer, no doubt the guy from the SF Examiner, just to the right of Paul (you can make out the flash on the top of his camera), so I took it on myself to send a letter to Rolling Stone asking how it was possible for someone to state that Jim was the only photographer present when the picture they published alongside clearly showed a second photographer. They never replied.
Posted by Chris Charlesworth