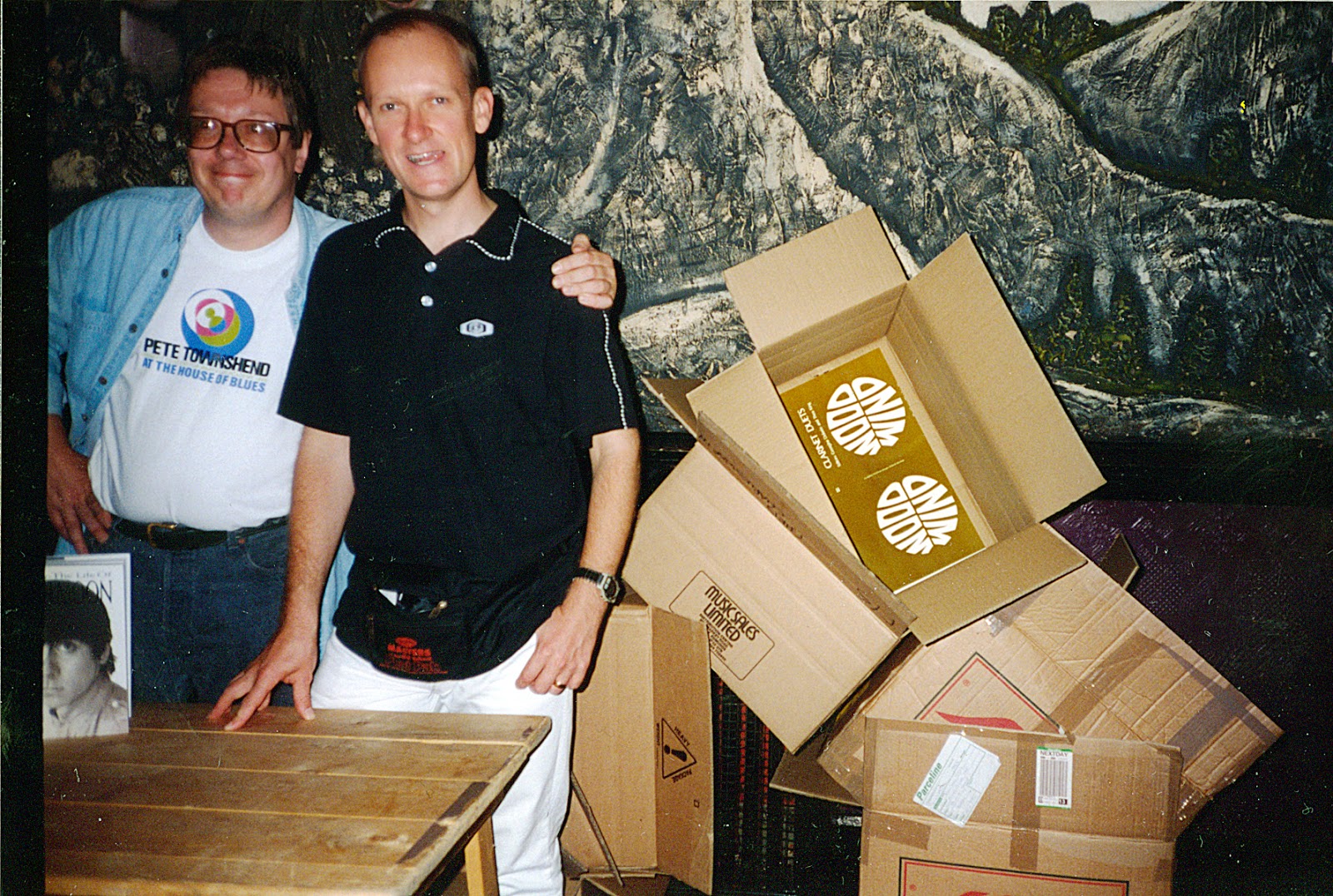 Looking a bit like the cat that’s got the cream in my Pete Townshend t-shirt (a gift from US Who fan Pam Woodward), here I am with Tony Fletcher on September 6, 1998, at the Astoria Theatre in London, which 11 years later was demolished to make way for a Crossrail station. The occasion was the launch of Dear Boy, Tony’s mega-successful biography of Keith Moon which we had decided to launch at a Who Fan Convention there that day. It was the day before the 20th anniversary of Keith’s death, as we had calculated, and in many ways the Convention served as a tribute to the great drummer.
Tony’s book was actually due to be published the following day, so those fans who bought a copy were able to get it a day early. American fans, however, were able to get it several months early as the US edition wasn’t published there until the following year and many of them bought more than one copy, especially as Tony was on hand to sign them, as was Kitty Moon, Keith’s mum, who also turned up, and Lesley, Keith’s sister. 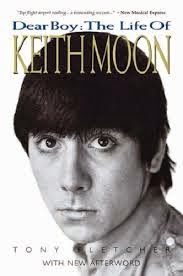 In all we sold 400 copies of Dear Boy that day, a fantastic result, and a precursor to the book’s ongoing success. The empty boxes that contained books earlier in the day speak for themselves. To date the Omnibus Press edition has sold over 70,000 copies in various editions, including a German translation. I have no idea how many it has sold in the US where it was called Moon: The Life & Death of A Rock Legend and is currently published by an imprint of Harper Collins. 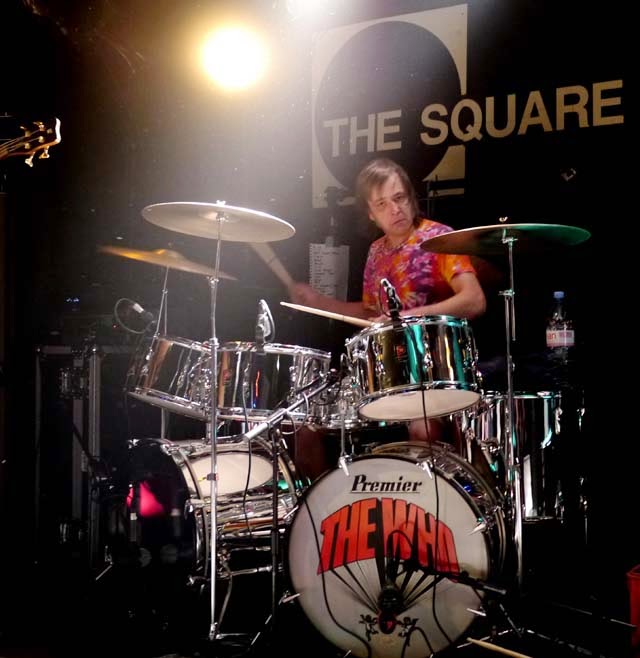 Paul Kemp, drumming with Who's Who

One other thing I remember about that Convention was watching the Who tribute band Who’s Who in the evening, sitting next to Lesley who was gobsmacked by the resemblance of Paul Kemp, their drummer, to the real thing, not just physically but in the way he played. Dougal Butler was with us too, and all three of us thought we were seeing a strange apparition, that Keith really had returned for a couple of hours to grace us with his spectral presence. Indeed, I thought I saw a tear in Lesley’s eye.
The photograph of Tony and I was sent to me by Alan McKendree who lives in Austin, Texas, and in his accompanying letter he writes: “I got my copy of Dear Boy autographed by Tony, Kit Moon and Lesley Moon that day. I read it with much pleasure and on that 1998 trip had an opportunity to see some of the sites it mentions – the Oldfield, Railway Inn (RIP), Wembley, the various tube stops. It really made the story come to life, to have a mental picture of the key locales.”
Thanks Alan.
Posted by Chris Charlesworth

Email ThisBlogThis!Share to TwitterShare to FacebookShare to Pinterest
Labels: The Who (Keith), Tribute Acts